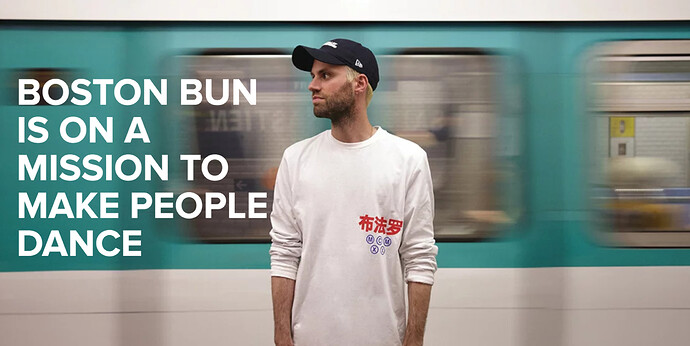 After a successful Summer playing at festivals like Tomorrowland and Leeds, Boston Bun released some big club bangers on his own label Circa 99: You Man & Jerge ‘Everybody’, Boogie Vice ‘Enter The Rave’, Samaran ‘Paris Madness’, Boston Bun ‘Better Together’ and Ryan Playground ‹ The 1 ›. He will drop a brand new Circa 99 label track by DEVOTED on the night, with Devoted on the decks himself as well!

Boston Bun dropped a string of well-received remixes for Cassius, Jax Jones, Riton, Metronomy and most recently Mark Ronson and Miley Cyrus. The Boston Bun remix of ‘Nothing Breaks Like A Heart’ amassed 1,5 million streams up till now and got support from the likes of Pop Justice and BBC Radio 1 amongst many others. Mark Ronson about the remix: ‘’ever since Diplo played me Missing You this summer, I’ve been a fan of Boston Bun. I really really love this remix. So clever.’’ Following the great remix connection Mark Ronson invited Boston Bun to join his ‹ Club Heartbreak › club shows in Paris and London in June and turned every gig into a big party.

Boston Bun turns any room into a dance floor. Prep your dancing shoes for July 18, his very first London Circa 99 party!